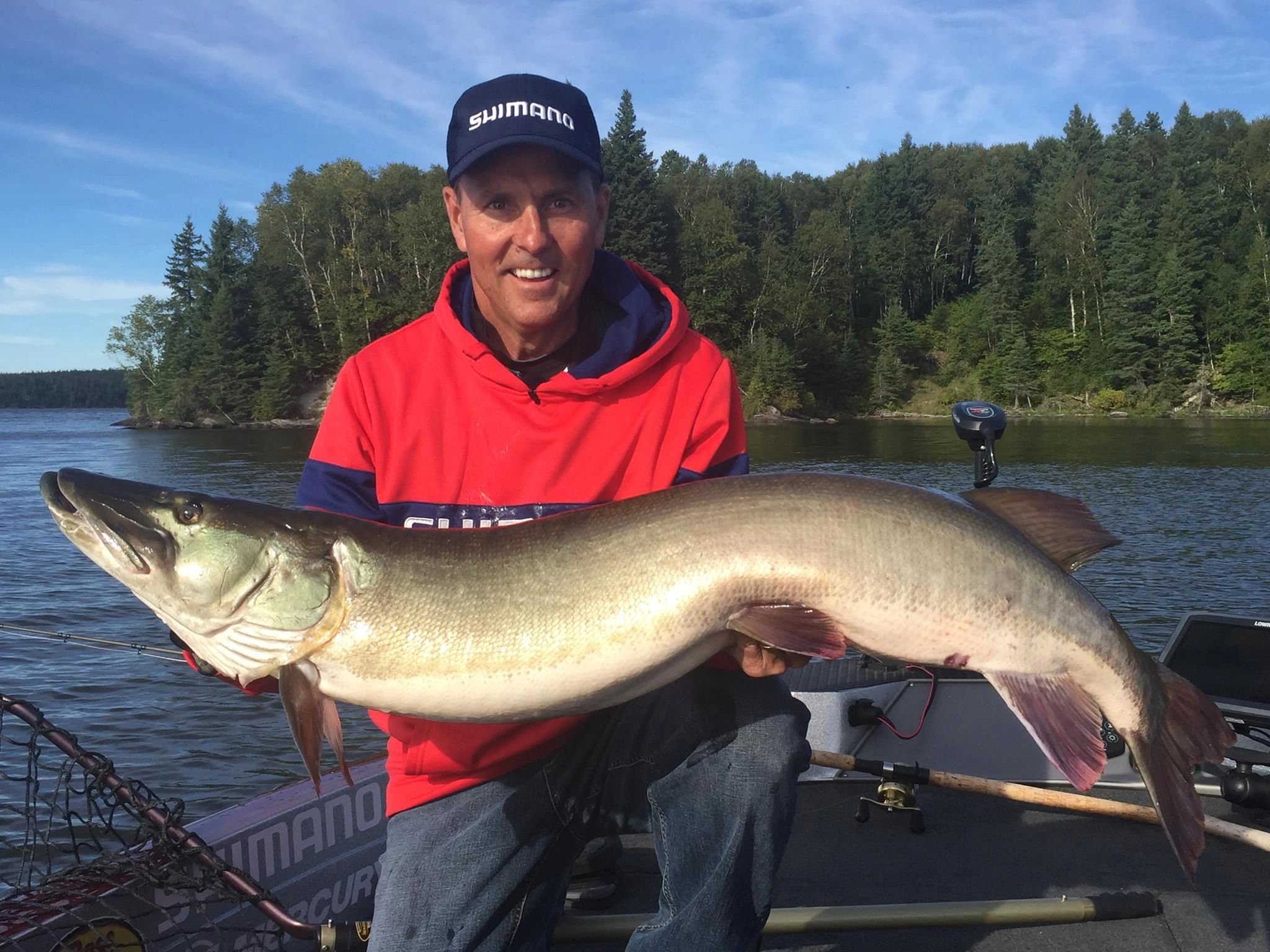 Jim owns Jim Saric Outdoors, Inc., which is dedicated to elevating the sport of musky fishing.

Conditions were unseasonably warm for a September day, but any day in early fall that's not raining or windy, I’ll take it. We had seen several muskies, but at this point we had only managed to catch one small one.  With the afternoon sun at its warmest, we were fishing a point with a shallow reef  right at the end. I cast my large minnowbait toward the high point of the reef, let the lure sit for a moment, and made one jerk on the lure.  Before the lure could pause, the water exploded. I don’t think the water was more than six inches deep where the lure landed, but the big musky couldn’t wait for its meal to swim away from the reef. The tremendous battle was on as this giant musky was determined to spend less time out of the water than underwater! Finally, after several spectacular jumps, we managed to land the giant. My heart rate was aerobic after this crazy battle, because at no point did I feel in control of this fish. It’s what trophy musky fishing is all about, and Cedar Lake is loaded with trophy muskies.

Although Cedar Lake is a known summer musky hot spot, few anglers seem to fish in September. My friends and I were virtually alone on Cedar Lake in September and had a great time at Cedar Lake Lodge, an island camp that is perfectly situated on Cedar Lake. Lodge owner Al Rempel is a musky angler and can help put you on the muskies.  He understands the needs of musky anglers and makes sure you have everything you need for your stay, and more!

Cedar Lake is like three different waters. The west end is clear and has deep weeds and rocks. It’s traditional “lake-trout” looking water, but holds lots of big muskies. The central portion of the lake has a bloom-type color with shallow weeds, rocks and small islands, and the east end of the lake is tea-stained with both rocks and weeds. So, depending upon the weather conditions you can fish clear or stained water, and easily fish different water types throughout the day.

In fall, you’ll still see muskies using weeds, but you’ll see more muskies starting to use rocks. So you’ll have more options to evaluate. Don’t be afraid to check real shallow in early fall, when you experience the first few cold nights after summer, as the muskies can be ultra-shallow.

If you’re looking for a fall adventure, why not consider Cedar Lake, as you might have some giant muskies all to yourself.

At Cedar Lake Lodge, you will experience fishing trophy Walleye, Muskie, Pike, Bass, JumboPerch, Crappie and Whitefish. There are six species of game fish available. Our lodge welcomes fishermen, families and groups who demand first class fishing, equipment and accommodation and the convenience of a drive to location. We are located near the community of Perrault Falls in Northwestern Ontario about 150 miles north of International Falls MN.